The booming growth of China’s film market is luring overseas directors to not only market their films here, but to develop original products for the local audience.

Dennie Gordon became the first American female to direct a Chinese feature by taking the helm of “My Lucky Star,” a prequel to the 2009 rom-com hit “Sophie’s Revenge,” by Chinese director Eva Jin.

The film, which opened this week in China, features A-lister Zhang Ziyi as a cartoonist who falls in love with a spy (Chinese-American pop star Wang Leehom) as the two find themselves caught up in an international diamond heist.

Ms. Gordon said she first had the idea to develop a Chinese-language film when Ms. Zhang, who knew her from previous work—including the movie “What a Girl Wants,” featuring Colin Firth—approached her about developing a comedy Ms. Zhang could star in.

Ms. Gordon, along with a Chinese producer and a Chinese-American writer in Los Angeles, developed a 45-page outline for the film, which they brought to Beijing to localize and “get it culturally correct and current.”

Calling herself “a slave to the page,” she said she carried around a 200-page script in both Chinese and English and had a translator on the set at all times.

“For the English-subtitled version, we had yet another chance to add more comedy, so basically the writing never stopped,” said the director, who has also worked on TV series like “30 Rock” and “The Office.”

She admits that language could be a barrier during the filming process but said she and Ms. Zhang communicated well.

“As we were shooting the film, I learned that comedy, action and romance are truly an international language,” she said.

Most of the film was shot in Hong Kong, so meetings usually involved English as well as Cantonese and Mandarin. But language wasn’t the only obstacle.

“One of the biggest hurdles I had to overcome was the resistance of the Hong Kong team to a blonde female director from Hollywood coming to their country trying to do something stylistically new,” Ms. Gordon said. “It felt like I was rolling the boulder up the mountain alone.”

After three weeks of shooting, she cut a trailer to share with each crew member, which she said resulted in “a seismic shift in their attitude and excitement.”

Home-grown romantic comedies have been gaining in popularity in recent years in China.

The latest, Chun-Chun Wong’s “The Stolen Years,” has raked in more than 142 million yuan ($23.19 million) in China since opening late last month till last week, overwhelming Baz Luhrmann’s flashy 3-D remake of “The Great Gatsby,” which opened a day later but has taken in only about 76 million yuan ($12.4 million) here, according to Beijing-based film research company EntGroup.

In face of China’s serious action movies that involve “highly evolved and unbreakable rules,” and “the Hong Kong, Jackie Chan-style of broad comedy action,” Ms. Gordon says she aimed to bring a specific Hollywood style to the local audience.

“We wanted to create a new hybrid blend of genres that had not been attempted before in China: action, comedy, animation and romance all mixed together,” she said.

“In Hollywood it may feel like a throwback, but here in China it has been considered groundbreaking.”

With an eye to making the film work entirely as a domestic film for domestic audiences, she also invited Chinese composer Nathan Wang to develop the music she wanted for the film. “To Chinese audiences, it feels really hip and new but also very Chinese, which was important,” she said.

With her first Chinese-language film on the books, Ms. Gordon isn’t finished. Her next Chinese project, which starts shooting next spring in Shanghai, is a sequel of “Go Lala Go!,” a female-driven workplace comedy based on a hit book series. Another still, to be shot in Nepal, Korea and Miami, will be an action-adventure film starring a major Chinese male actor, though Ms. Gordon declined to be more specific.

Although Ms. Gordon acknowledged directors must contend with barriers like censorship in China, she said she nonetheless felt quite at liberty artistically.

“One of the biggest surprises is that I have more creative freedom in China than I have had on any of my three previous Hollywood studio films,” she said. “It’s a great place to be making movies.

“China is very receptive to female directors and there are a number of successful films being made every year by women in China. Compared to the U.S., it is the land of opportunity.”

The film, which is distributed by Bona Film Group and debuted in mainland China on Tuesday, has so far taken in a little over 10 million yuan ($1.63 million), according to Entgroup. It will hit U.S. theaters Friday. 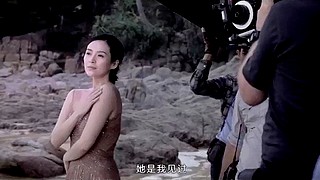 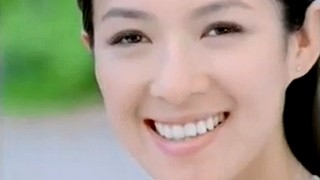