‘Geisha’ under fire for casting choices

The makers of “Memoirs of a Geisha” expected to be lauded for creating the first big-budget Hollywood movie with Asian actors in every leading role. Instead, they find themselves defending casting decisions that have inflamed historical tensions between Japan and China.

The English-language film is set in Japan and adapted from the American novel. It stars Chinese actresses Ziyi Zhang and Gong Li, and Chinese-Malaysian actress Michelle Yeoh. They join several Japanese performers, including Ken Watanabe.

For months, the Internet has been filled with vitriolic debate over cultural insensitivity, and Zhang has been denounced in China for her starring role. The arguments boil down to this: A movie about Japanese culture should have a Japanese actress in the lead.

The filmmakers, however, thought that would be shortsighted and discriminatory. Producers Douglas Wick (“Gladiator”) and Lucy Fisher, and director Rob Marshall (“Chicago”), say the casting was an exhaustive, meticulous process that considered acting ability, star power and physical traits.

“Some Japanese actresses didn’t even want to audition, because they couldn’t speak English and were too afraid to try to take it on,” Fisher said.

Marshall said that when Zhang auditioned, she immediately established that she deserved to be the star: “Your hope as a director is that someone comes in and claims the role, says ‘This is mine.”’

The debate is somewhat perplexing considering that actors have been playing characters of different nationalities throughout the history of film.

“When you saw ‘Zorba the Greek,’ and you saw Anthony Quinn play Zorba, was that odd to you because he was Irish and Mexican?” Marshall said. ‘Or when you saw ‘Dr. Zhivago,’ and you saw Omar Sharif, who’s Egyptian-born, play a Russian, was that something that threw you?”

Gong said she chooses roles based on substance, not race.

“As actors, we seek roles that challenge and inspire us,” she said in a statement to The Associated Press.

“Think of all the amazing performances that would be lost — Meryl Streep as a Polish woman in ’Sophie’s Choice’; Russell Crowe as an American in ’The Insider’; Ralph Fiennes as a German in ’Schindler’s List’; Vivien Leigh as an American in ’Gone With The Wind’; Sir Anthony Hopkins as an American President in ’Nixon,”’ Gong said.

But the symbolism in “Geisha,” set for limited release Friday, is powerful for many Chinese.

During Japan’s 1937-38 occupation of Nanjing, Japanese troops killed at least 150,000 Chinese civilians and raped tens of thousands of women.

Today, there is tension over Japanese Prime Minister Junichiro Koizumi’s repeated visits to a shrine that honors some convicted war criminals, as well as the territorial dispute over the Diaoyutai or Senkaku islands. In April, Chinese demonstrators vandalized shops and smashed windows at Japanese diplomatic offices while protesting Japanese textbooks they claim whitewash the country’s war atrocities.

Just the sight of kimono-clad Chinese actresses could make tempers flare: Chinese actress-singer Zhao Wei is widely reported to have been smeared with human feces after donning a shirt bearing the Japanese military flag.

“(Zhang) went out of her way to portray an outlet for Japanese desires. This is a loss of face for the Chinese,” said one posting on the Chinese Web portal Netease.com. “The Chinese were comfort women during World War II, and they continue to serve Japanese in modern times.”

Such history has created an Asian climate so sensitive, South Korean actress Kim Yun-jin, best known to Western audiences for her role on TV’s “Lost,” reportedly turned down a role in “Geisha” for nationalistic reasons.

But the American filmmakers had other concerns, like star power and ticket sales.

Well-known namesZhang, Yeoh and Gong are somewhat familiar to American audiences. Zhang and Yeoh co-starred in the box-office hit “Crouching Tiger, Hidden Dragon,” and Zhang has since become the international face of Chinese cinema with roles in “Hero,” “House of Flying Daggers” and “2046.” Yeoh became the first Asian Bond girl in “Tomorrow Never Dies.” And Gong gained a devoted cult following thanks to her work in “Raise the Red Lantern” and “Farewell My Concubine.”

“Obviously, when you make a bigger-budget movie, the more well-known the faces are, the happier the financiers are,” Fisher said.

But does casting for charisma’s sake mean authenticity is sacrificed? Marshall is quick to point out that while he did extensive research into geisha culture, realism was not his chief concern.

“I never intended to do this movie as a documentary-style version of the novel,” Marshall said. “It really is a fable.”

Some who saw the movie at its Tokyo premiere thought Marshall strayed too far from reality.

“I felt like I was watching a movie set in China, rather than Japan,” office worker Yumiko Kamiyama told The AP. “I am big Zhang Ziyi fan, which is why I wanted to see this. But I will not be recommending it to my friends.”

Still, anticipation for the movie remains high in Japan, and it has been cleared by Chinese censors. (China’s Film Bureau did not respond to questions from The AP.)

“Most of the Japanese audience who attended the premiere of this film had positive reactions,” Jay Sakomoto, president of Shochiku Co., Japan’s largest movie distributor in Japan, said in a statement. “Ziyi Zhang’s portrayal of Sayuri was impeccable, and many people thought she seemed more Japanese than a real Japanese woman.” 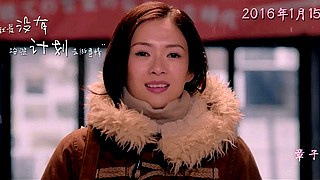 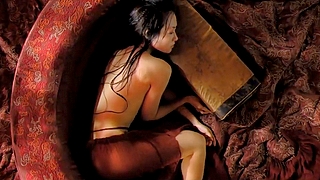