The film does not yet have an official English name — unsurprising, given that it will not find an audience beyond the China market — but its Chinese name translates to “My People, My Forebears.” Produced by China Film Group, it is the third installment of the patriotic “National Day” trilogy, which includes 2019’s seven-part anthology “My People, My Country” — a commemoration of the 70th anniversary of the founding of the People’s Republic of China — and 2020’s five-part “My People, My Homeland.”

Zhang, who holds Hong Kong citizenship, is best known abroad for her star turns in Ang Lee’s “Crouching Tiger, Hidden Dragon,” and Zhang Yimou’s “House of Flying Daggers” and “Hero,” as well as “Memoirs of a Geisha” and “Godzilla: King of the Monsters.”

She is one of four actors-turned-directors involved in “My Forebears,” each of whom helm and star in their own portion. The others are Wu Jing (“Wolf Warrior 2”), Xu Zheng (“Dying to Survive”) and Shen Teng (“Hi, Mom”).

Zhang’s contribution is titled “Poem.” Set in 1969, it tells a tragic story about a family in which both parents (Zhang and Huang Xuan of Lou Ye’s “Blind Massage”) are involved in the development of China’s Long March 1 rocket, which launched the country’s first satellite.

Official state media have interpreted it as a celebration of the past generation’s patriotism, sense of self-sacrifice and “dedication to the cause of building the motherland.” State broadcaster CCTV called Zhang’s segment “a poem written to Chinese astronauts, to the vast universe and to Chinese cinema.”

The celebration of China’s space engineering comes at an opportune time. China’s most recent Long March rocket dominated global headlines just four months ago for a design decision that led to the dropping of space debris that made an uncontrolled re-entry back to Earth that could have struck a populated area.

The section of “My Forebears” directed by Xu tells the story of the making China’s first TV commercial. Set in 1970s Shanghai, it features a cameo from director Zhang Yimou. The vignette created by Wu tells the story of a stalwart cavalry unit that fought the Japanese during the Second Sino-Japanese War, which ran from 1937 to 1945.

As with “My Country” and “My Homeland,” film authorities will ensure that propagandistic “Forebears” becomes one of the top box office hits of the year, given that any other outcome would be considered a poor reflection on the ruling Communist Party in a key year — its 100th anniversary. Tactics to boost sales in the past have included requiring government employees or schoolchildren to attend screenings, and giving the film far more time in theaters and better time slots.

“My Country” grossed $451 million and is the world’s 13th-highest-grossing non-English-language film of all time, as well as China’s 10th-highest earner in history. Sequel “My Homeland” is China’s 14th top title and ranks 15th globally for a non-English film with sales of $422 million.

Watch the trailer for Zhang’s “Poem” below. 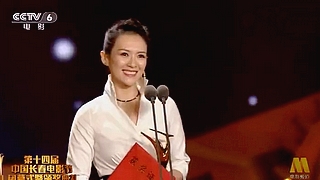 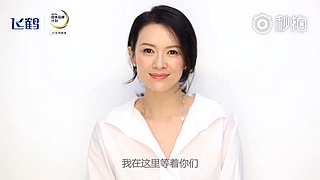