Paying up for star power

The various film reincarnations of Dangerous Liaisons – first penned as an 18th century novel in France – have all featured glamorous women.

First up was Michelle Pfeiffer in the Oscar-nominated 1988 classic. Next it was Annette Bening (in a version called Valmont, 1989). And then Reese Witherspoon (Cruel Intentions, 1999).

Now the film is heading for an Asian makeover, with news of a Chinese adaptation Weixian Guanxi (a direct translation of Dangerous Liaisons).

Mainland actress Zhang Ziyi and Hong Kong’s Cecilia Cheung will both star in the new film, making it the 13th film production of the novel written by Pierre Choderlos de Laclos.

This time around the decadent lifestyle shifts from the French aristocrats of the eighteenth century to Shanghai in the 1930s.

South Korea’s Jang Dong-gun plays a young man, Xie Yifan, from a wealthy local family who is reunited with his former lover, actress Mo Jieyu (Cecilia Cheung) on the eve of the Japanese invasion of Shanghai. A love triangle then unfolds when Jang encounters Du Fenyu (Zhang Ziyi) after the Japanese occupy the city. The jealous Mo plots to manipulate the relationship between Xie and Du, much as Glenn Close once toyed with the on-screen liaison between John Malkovich and Michelle Pfeiffer in the much-loved Hollywood movie.

At a press conference for the film, South Korean director Hur Jin-ho told reporters that he was interested in the complex relationships portrayed in the novel.

“Talking about how complicated the movie could be, there is a good girl, a bad girl and a lothario who cannot be defined as either good or bad,” says Hur.

Both actresses trail Gong Li in salary terms, who is said to make Rmb30 million a movie. Gong, however, is less prolific than most of her peers, starring in just one film last year, What Women Want. That explains why she ranks behind Zhang in the Forbes Chinese Celebrity list 2011 (Zhang, who ranks 7th, is one of three women in the top 10).

Unlike Hollywood, where the leading men earn a lot more than leading ladies, Chinese actresses have managed to stay closer to many of their male counterparts. Andy Lau, who tops the most recent Forbes Chinese Celebrity List (which counts up total earnings for the previous year) charges Rmb18 million a picture. Similarly, Nicholas Tse, another major star, gets Rmb16 million, says the Hong Kong newspaper Wen Wei Po.

But compared to China’s biggest movie names, such as Jet Li and Jackie Chan, actresses still have some way to go. Both stars charge over Rmb50 million a picture, in addition to deals that pay them a percentage of ticket receipts.

Last year, ticket sales in China reached $1.5 billion, up 64% from a year earlier.

For Cheung, being one of the best-paid actresses only goes to prove the cliché that there’s no such thing as bad publicity.

The Hong Kong star has become something of a tabloid fixture since news broke that her marriage to fellow actor Nicholas Tse (the same guy mentioned on the celebrity list) was falling apart (see WiC114).

Cheung has waged a PR war since, accusing Tse of “pretending to be a good man, a good husband and good father” (the couple have two sons).

Later, the actress was quoted as saying that she intended to “squeeze the Tses clean” through the divorce.

The break-up came after Cheung was revealed to have had contact with Edison Chen – another Hong Kong star who caused an internet sensation in 2008 when racy photos he had taken of naked starlets appeared online.

Cheung was one of those pictured when the scandal broke and she promised her husband never to speak to Chen again. One of the triggers for the divorce was when Cheung and Chen allegedly met and took photos with each other on a flight.

Through it all, the Hong Kong media has tended to take Tse’s side as the ‘wronged husband’.

Last week, Cheung was in the news again for running over an elderly street cleaner, breaking his ribs and leg. She pleaded guilty to two careless driving charges through her lawyer, who claimed that the actress was in a hurry to take her son to school.

The bad press doesn’t seem to have dented Cheung’s popularity. In addition to Weixian Guanxi, she has starred in seven other films this year.

But it’s less of a surprise, perhaps, that she was cast as the ‘bad girl’ in the latest Dangerous Liaisons offering. After all the adverse publicity, Chinese audiences may well see her as perfect for the role. 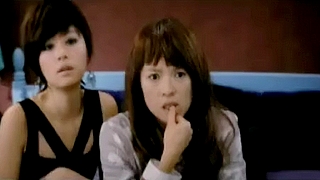 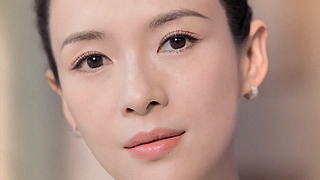