K. Lee speaks to the beautiful and talented Zhang Ziyi

In Zhang Yimou’s “The Road Home”, Zhang Ziyi was a village girl staying faithful to love; in “Crouching Tiger Hidden Dragon”, Zhang Ziyi transformed into Jen, a role in which she played a spoiled reckless woman who rebelled against the traditional restrictions placed on nobility. Although taking place at two different times, the similarity of the roles has brought Zhang from obscurity to fame, becoming an international star overnight.

At the beginning of her career, Zhang had already earned the name of ‘Little Gong Li’, (the famous Chinese actress), and she had indeed become one of the most popular Chinese stars known internationally second only to Gong Li herself. Moreover by the age of 24, she could be an action heroine or play a strong dramatic role, placed in the ancient past or in modern time; whatever the case, she continuously widens the range of movies she appears in. As with the antagonistic role in Jackie Chan’s “Rush Hour 2”, as well as working with two celebrated directors for “Hero” and “Purple Butterfly”, in which the tension in her interpretation of the multifaceted roles is evident, and with these she has become a most striking focus on screen.

Three years ago, Zhang, who was just getting on the road to stardom, was sitting with the audience in a Leslie Cheung concert as just another fan jumping and screaming at the sight of her idol. This image is a total contrast to the role she played as Jen in ‘Crouching Tiger Hidden Dragon’. What’s more, the Hong Kong media has continuously portrayed Zhang as a bitchy young woman, and the idea of Zhang laughing joyfully and having fun with friends is difficult to imagine.

The portrayal of Zhang by many may be due to her rise to international stardom, which happened too quickly, and may have made many envious of her success. After all she is the first person with such a reputation in China.

Many people attribute her sudden rise to stardom to luck rather than talent. Being voted as one of thw 25 stars having the most potential by “People” magazine, the ambitious Zhang says that opportunity and an ethic of hard work are equally important. Her initiative and hard at the Cannes Film Festival for the film “Purple Butterfly”, left a deep imprint of people’s minds.

The hectic schedule for the four days, from choosing clothes, trial make-up, the non-stop global interviews, parties, and with the ever changing translators, she never displayed a hint of fatigue. Of the 10 hours of activities from morning to night in her schedule, she never uttered a complaint. Constantly displaying her sweet smile, she made sure to reply to each question posed by media journalists.

A few years ago, the Hong Kong media widely criticized her for her poor English, however today she can comfortably handle conversations in English. Zhang is continuously improving herself through self-learning. While talking with other people, she would always take the opportunity to ask some English-related questions. Her active learning, self-improving attitude and reluctance to give up have allowed her to understand and better portray the characters she plays. “I just know how to embrace opportunities.”

In the public eye, Zhang is gradually gaining superstar status, but behind the scenes, she has indeed paid the price for it. During the process of acting in a series of action movies, she often goes into a series of fight training sessions one after another often with injuries she gets from working on previous films. The most serious, a shoulder injury that until now still has to be treated regularly, but Zhang Ziyi has never complained.

Currently Zhang has her plate full with work lined until up the end of next year. Upon finishing “Hero”, she is preparing to get involved with Zhang Yimou’s second martial arts movie. This high budget movie is currently filming in Auckland, New Zealand. Director Zhang Yimou and Zhang, along with two popular Asian actors Andy Lau and Takeshi Kaneshiro, will soon attract the attention of Asia and the world. For us we must wait and see what Zhang’s next step will be, on her road to super stardom. 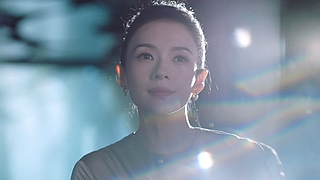 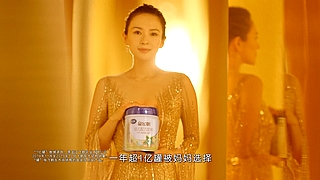