Actress Ziyi Zhang still lives in her hometown of Beijing, but that has its disadvantages. One is that as a big star in a really big country, she can’t go out on the street during the day without being hounded by the paparazzi. “At night, maybe,” she says. The other difficulty is the “very bad” pollution in the Chinese capital. She recalls spending two weeks in New York not long ago, then returning to Beijing and becoming ill, which she attributes to the fact that her lungs were simply not used to the clean air.

“Everyone has a car, and no one cares about the air,” she says of China’s pollution problem.

Zhang is in Manhattan in connection with her latest film, “Martin Scorsese Presents ‘The Grandmaster,’” directed by Wong Kar-wai, which will open nationwide on Aug. 23. The subject of the visually striking movie is Tony Leung’s character Ip Man, a martial artist in the Wing Chun style who trained Bruce Lee. Zhang plays a fictional character, Gong Er, the daughter of a rival martial artist, Gong Yutian, whose school is Bagwa. Both father and daughter fight Ip Man, and Gong Er and Ip Man develop romantic feelings for each other. “It’s not a typical kung fu movie,” the actress says. “It’s about the forbidden, the tension that lies beneath.”

Zhang also appeared in Wong’s film “2046,” which came out in 2004. “For me, it wasn’t as nervous as before,” says Zhang, of making her second film with the director.

A slender beauty who is relaxed, funny and irreverent, she is wearing a white satin Paule Ka top detailed with rhinestones and a bow; Hudson Jeans, and Christian Louboutin shoes, along with an H.Stern bracelet and multiple Repossi rings on her long fingers. She has a translator on hand, although she doesn’t really need one, and she asks for the correct English word from time to time.

“We all know he has no script, but we build up the film on trust,” she continues. “I trust him, but we have no script, don’t know how long the movie [shoot] is, but he is the master. He gave me a map; I get on the train with him. I have no idea what the final destination is, but I knew there would be stops. Going on this journey, I slowly understand my character more and better.”

Wong returns the compliment. Asked what it was like to work with Zhang, he says, “Gong Er could not have been brought to life without Ziyi’s tremendous talent and dedication. Ziyi possesses the same iconic spirit and repertoire that Greta Garbo brought to classic Hollywood. This film would not have been the same without her.”

One important aspect of the actress’ preparation for the film was the martial arts training, which took six months. “It was a boot camp, and we all had different martial arts masters,” Zhang says. “In the beginning, the masters were very nice to us — happy, chatting, taking pictures.” But after a while, she says, “being a movie star means nothing. It was kind of a nightmare.”

Zhang had the advantage of being a highly trained dancer who attended the Beijing Dance Academy and won a national youth dance championship when she was 15. The result of the intensive kung fu training was, she says, that by the time filming began, the martial arts movements were so familiar to her that even during the fight sequences, she could still concentrate primarily on creating her character.

However, Zhang notes, “In China at that time, women were not allowed to learn martial arts. They were not allowed to have a dream. They had to stay at home and serve.” Today, she says, women are taking power for themselves, “not like waiting for anybody to give it.” She adds of her character, “She is very sad. A lot of my characters are very sad.”

“The Grandmaster” was years in the making. “Everyone gave a lot of effort to this project,” she says. When she saw the final cut of the film, she says, she thought, “Oh, that’s what I did for three years.”

Zhang was born in Beijing; her father was an accountant, then became an economist, while her mother was a kindergarten teacher. “I am from a very simple background,” she observes more than once during the interview. After studying dance, she went to China’s Central Academy of Drama. While there, she got her first film role, in Zhang Yimou’s film “The Road Home,” which was released in 1999. She played the role of Jen in “Crouching Tiger, Hidden Dragon,” which came out in 2000, and for which she won best supporting actress honors from the Independent Spirit Awards, the Toronto Film Critics Association Awards and the Golden Bauhinia Awards, along with a Young Artist Award. She also appeared in “Rush Hour 2” in 2001, “Hero” in 2002, “House of Flying Daggers” in 2004 and “Memoirs of a Geisha” in 2005, a role that was controversial because she and her costars Gong Li and Michelle Yeoh are all Chinese, and they were playing Japanese women. It received excellent reviews, however, and did well at the box office.

The actress says that it’s the norm for Chinese performers to try to pick up as many commercial endorsements as possible, including those for all kinds of food, but she has tried to limit hers. Then she and her translator start laughing about a strange trend in Korea: male stars shilling for sanitary napkins.

Zhang has represented Omega Watches since 2009, Maybelline since 2001 and Visa from 2001 to 2003. She has endorsed Precious Platinum from 2007 until the present, and Garnier from 2006 to 2009. She is also a global ambassador for the Special Olympics and a spokeswoman for Care for Children, a foster-care program in China.

Zhang says that she never could have anticipated her success. After she appeared in her first role, her photo suddenly turned up on the cover of a magazine. “My dad was shocked, and he bought, like, about 100 copies,” she says. “Fortunately, it was not an expensive magazine.” She remembers spending a lot of time on the set of her first film watching the monitor, trying to learn as much as she could about her new metier.

As for her career today, Zhang says, “Directors think I am a very serious actress. I need to produce my own films to do a comedy.” She would also like to do “a scary movie,” or a fantasy film, like “The Lord of the Rings.” Asked to name some of her favorite directors, she mentions Steven Spielberg, adding, “If that isn’t too much of a cliché.” Then she says, “He’s a sweet guy. I’ve met him a few times. He was always very encouraging. I loved his film ‘War Horse.’ I cried like hell in the cinema.” Another director she admires is Baz Luhrmann.

One way in which Chinese films differ greatly from Western ones is that nudity is not allowed and sex isn’t spelled out on-screen. Zhang says that the reason for this is that China has no rating system, so that anyone of any age is allowed to see any film.

The actress is enthusiastic about fashion and mentions Valentino as a current favorite designer. She says that she also likes Jason Wu and Alison Wong: “They’re fun and cool and young.” Then she adds, “I’m very proud of them. The fashion business, it’s not easy.”

Zhang’s next film will be John Woo’s “The Crossing,” which she describes as “a tragedy at sea.” It concerns three couples crossing from Mainland China to Taiwan in 1949.

In choosing her parts, she says, “The character, the story and the director for me are the most important. I think I have a very strong instinct. I can see the whole picture, that’s how I pick. Sometimes the role is not big.”

The actress says that these days there are many more opportunities for Chinese women in films, and there are many more coproductions between Chinese and Western film companies as the West seeks to tap into a market of 1.3 billion people. She says that new movie theaters are opening in China every week. She also agrees that Asian women are beginning to be more prominently featured in Western advertising. “I think it’s starting to open up — the market is so big, that’s why,” she says. Not long ago, she recalls, “I just arrived in Paris from Beijing and I saw a huge advertisement — in Chinese letters.” And she mimes disorientation. 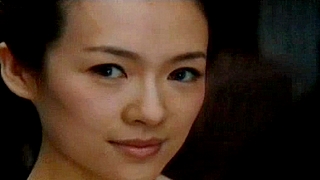 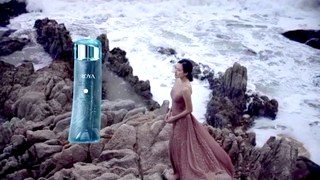