In her inspiring career that has spanned over two decades now, Ziyi has been recognized for her work more than once. She is the only Chinese actress to have received a Golden Globe nomination. Furthermore, she received nominations for three BAFTA awards, one Screen Actor Guild award, two Saturn awards and one Satellite award. Moreover, she has won every prestigious awards in Mainland China, as well as in Hong Kong, Macau and Taiwan. Except where noted, every descriptions are from Wikipedia.

Chinese Three Main Awards
中国电影金鸡奖 | Golden Rooster Awards
The Golden Rooster Awards are awards in film given in mainland China. The awards were originally given annually, beginning in 1981. The name of the award came from the year of the Rooster in 1981. Award recipients receive a statuette in the shape of a golden rooster, and are selected by a jury of filmmakers, film experts, and film historians. The awards are given out by the China Film Association.
大众电影百花奖 | Hundred Flowers Awards
The Hundred Flowers Awards, the equivalent of China’s Golden Globes, are considered, together with the Golden Rooster Awards, the most prestigious film awards in China. The awards were inaugurated by China Film Association in 1962 and sponsored by Popular Cinema magazine, which has the largest circulation in mainland China.
中国电影华表奖 | Huabiao Film Awards
China Huabiao Film Awards is an annual awards ceremony for Chinese cinema. Named after the decorative Chinese winged columns, The Huabiao Awards were first instituted in 1957 as the Ministry of Culture Excellence Film awards. Between 1958 and 1979, no awards were given. In 1994, the awards were renamed Huabiao. The ceremony, held in Beijing, is the highest government honor in film industry. Along with Golden Rooster Awards, Hundred Flowers Awards, these are known as China’s three main film awards.
Other Chinese Awards
华语电影传媒大奖 | China Film Media Awards
Chinese Film Media Awards are presented by Southern Metropolis Daily annually to honor excellence in Chinese-language cinema. Though based in mainland China, the awards are open to Chinese-language films from Hong Kong, Taiwan and Singapore.
中国电影导演协会年度奖 | China Film Directors Guild Awards
China Film Director’s Guild Awards are presented by China Film Director’s Guild annually to honor excellence in cinema of China.
FIRST青年电影展 | FIRST Youth Film Festival
FIRST International Film Festival is committed to the discovery and promotion of emerging filmmakers and their early work. Held annually from July 21 to July 30 in Xining, China, FIRST made its debut in 2005 and has concentrated on filmmakers’ first features and early works. A vehicle of film cutlures, FIRST endeavors to embed film viewing cultures into daily life. FIRST has long dedicated to chanelling the bold and innovative spirits of emerging Chinese filmmakers to the global vision. (Source)
Taiwan / Hong Kong / Macau
台湾电影金马奖 | Golden Horse Awards
The Taipei Golden Horse Film Festival and Awards is a film festival and awards ceremony held annually in Taiwan. It was founded in 1962 by the Government Information Office of the Republic of China. The awards ceremony is usually held in November or December in Taipei, though the venue has been shifted around the island in recent times.
香港电影金像奖 | Hong Kong Film Awards
The Hong Kong Film Awards, founded in 1982, is an annual film awards ceremony in Hong Kong. The ceremonies are typically in April. The awards recognise achievement in various aspects of filmmaking, such as directing, screenwriting, acting and cinematography. The awards are the Hong Kong equivalent to the American Academy Awards and the British BAFTAs.
Asian Awards
亚太电影节 | Asia-Pacific Film Festival
The Asia-Pacific Film Festival is an annual film festival hosted by the Federation of Motion Picture Producers in Asia-Pacific. The festival was first held in Tokyo, Japan, in 1954.
European Awards
BAFTA Film Awards
The British Academy of Film and Television Arts (BAFTA) is an independent charity that supports, develops and promotes the art forms of the moving image – film, television and game in the United Kingdom. In addition to its annual awards ceremonies, BAFTA has an international, year-round programme of learning events and initiatives offering access to talent through workshops, masterclasses, scholarships, lectures and mentoring schemes in the United Kingdom and the United States.
American Awards
MTV Movie Awards
The MTV Movie Awards is a film and television awards show presented annually on MTV. The nominees are decided by producers and executives at MTV. Winners are decided online by the general public. Winners are presented with the “golden popcorn” statue, made by New York firm, Society Awards. 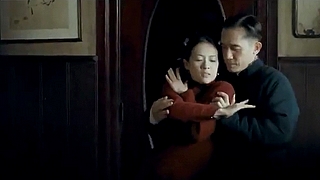 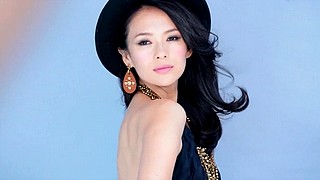