Cecilia Cheung Pak-Chi is an award-winning Hong Kong actress and cantopop singer. Currently one of Hong Kong’s top actresses, Cheung is considered a “Sing girl”—an actress who first received media attention through starring alongside Stephen Chow, and later went on to her own successful career.

Her career began in 1998, when she was cast in a television commercial advertising lemon tea. She caught the attention of Stephen Chow after shooting the ad. Later, Cheung made her film debut as a young nightclub hostess in Stephen Chow’s King of Comedy (1999). King of Comedy became the highest grossing local film of the year, and shot Cheung to fame in Hong Kong. She then starred in Fly Me to Polaris (1999).

Cheung made inroads into the Korean market with Failan (2001) co-starring Choi Min-shik. For Derek Yee’s romantic drama Lost in Time (2003), Cheung won the award for Best Actress at the Hong Kong Film Awards. She played a young woman who lost her fiancé to a traffic accident, which left her as a grieving single mother struggling to make ends meet. Cheung earned praises for successfully expressing a string of emotional transformations. Cheung also won the Best Actress award at the Hong Kong Film Critics Society Award for her performance in Running on Karma (2003).

Cheung reunited with Derek Yee in the crime thriller One Nite in Mongkok (2004) where she played a prostitute who cross paths with an assassin. She then starred alongside Jang Dong-gun in the romance epic The Promise (2005), a $30 million pan-Asian production directed by Chen Kaige which was chosen to represent China in the Academy Awards. —Wiki 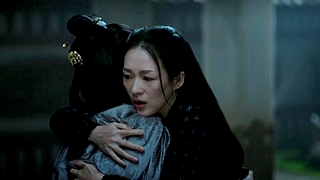 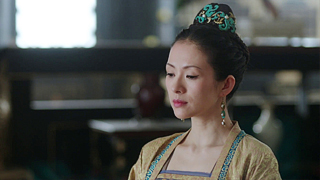