After graduating from Yale’s School of Drama in Directing, Gordon first gained recognition when her script for A Hard Rain was chosen by Showtime’s Discovery Program. Thanks to Steven Spielberg, a rough cut of her film attracted the attention of George Lucas who donated the film’s mix at Skywalker Ranch. A Hard Rain went on to win dramatic awards at the British Short Film Festival and the Hampton’s Film Festival.

On the feature side, Gordon directed the teen cult hit Joe Dirt starring David Spade, Christopher Walken and Dennis Miller, New York Minute, and What a Girl Wants starring Oscar Winner Colin Firth, Amanda Bynes, Dame Eileen Atkins, and Jonathan Pryce. Gordon was the first American woman to direct a film for the domestic Chinese market, called My Lucky Star. The 2013 film starred Golden Globe nominee Zhang Ziyi and Wang Leehom and was filmed in China and Singapore in the summer of 2012. My Lucky Star was the number one in China for the Autumn Festival. -IMDb

♦ During the promotion of My Lucky Star, Gordon compared Ziyi to Meryl Strep, saying that after winning so many awards, Ziyi is like the “Chinese Meryl Streep”. 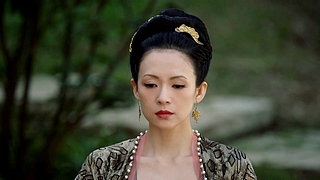 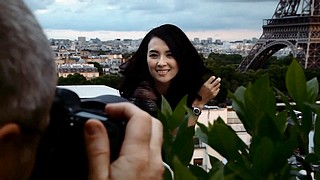