Fan rose to stardom in 1999 for her supporting role as Jin Suo in the first two seasons of the Chinese television series Princess Pearl, which were adapted from Taiwanese writer Chiung Yao’s novels.

In 2000, Fan joined a company owned by Wang Jinghua, a well-known artistes manager in mainland China. At the end of 2000, Wang became the general manager of Huayi Brothers, so Fan followed Wang and signed a six-year contract with Huayi. During her time in Huayi, Fan starred in many television series, such as Young Justice Bao II (2001), Red Poppies (2002), adapted from the Mao Dun Literature Prize novel, and The Proud Twins (2005), adapted from Gu Long’s novel Juedai Shuangjiao.

Fan left Huayi Brothers in February 2007 and then started her own studio, Fan Bingbing Studio. She starred in eight films in 2007 and won the Best Supporting Actress Award at the 44th Golden Horse Film Awards for her role in The Matrimony that year. She also won the Best Actress Award of 4th Euro-Asia International Film Festival for her role in the film Lost in Beijing.

In 2009, Fan starred in Shinjuku Incident and Sophie’s Revenge. She also appeared in Bodyguards and Assassins, which earned her a Best Supporting Actress nomination at the Hong Kong Film Awards.

♦ At a Press Conference for One Night Surprise, Fan told to the reporters that she would like to work with Ziyi again. 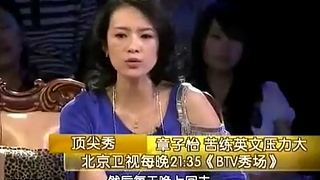 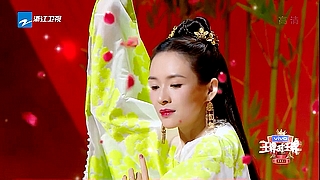