Feng Xiaogang is a Chinese film director. He is well known in China as being a highly successful commercial filmmaker whose comedic films do consistently well in the box office, although Feng has attempted to break out from that mold by making drama or period drama films recently.

The son of a college professor and a factory nurse, he joined Beijing Military Region Art Troupe as a stage designer after high school. He began his cinema work as an art designer in Beijing Television Art Center in 1985. Later, he moved on to write screenplays. During this period, he worked closely with director Zheng Xiaolong and writer Wang Shuo.

In the late 1990s, Feng established himself in a genre called “Hesui Pian”, or “New Year’s Celebration Films” in Chinese cinema. He probably achieved his full fame as the director of the movie Dream Factory (1997). Having achieved success in the face of competition from Hollywood within mainland China, University of Minnesota professor, Jason McGrath, believes “The entertainment cinema of Feng Xiaogang represents a new model of a Chinese national cinema that positions itself vis-à-vis Hollywood.”

Feng is renowned for making comedies in the Beijing dialect. Almost all of his films star Ge You in some kind of major role. In recent years he has moved away from solely making comedy films to directing a few drama or period drama movies. —Wiki

♦ Ziyi wanted to star in Feng Xiaogang’s Aftershock and was ready to reduce her salary, but Feng wanted a different actress. He chose Zhang Jingchu instead.
♦ Feng Xiaogang had a cameo role in The Founding of a Republic.
♦ During 2010 Cineasia Awards, Feng was awarded the prize of the best director of the decade. It was at the same ceremony that Ziyi received the best actress of the decade prize. 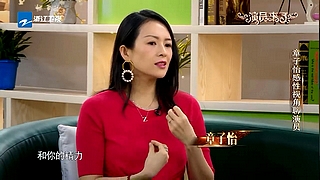 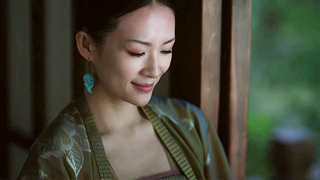