Huang was born in Qingdao, Shandong and is an only child. His father was an engineer while his mother was an accountant. At age nine, he was selected by a film studio to play the child protagonist in a movie. Throughout his school career, Huang planned to become a scientist, but his language teacher encouraged him to apply to the Beijing Film Academy, which rarely came to Qingdao to recruit students. Unlike his classmates, Huang struggled to find work as the date of his graduation drew nearer. On the eve of his graduation, he received an offer to act in the TV series A Netizen’s Diary.

Fame found him in 2001, when he was chosen to replace Lu Yi for the leading role in Da Han Tian Zi. Because the TV series was such a big production, and Huang was virtually unknown, many people had misgivings but the foresight and boldness of the investors is now admirable. Huang starred in the series’ three installments, from 2001 to 2005, and he went from a newbie to a front-line actor.

In 2004, Huang was chosen to play Yang Guo, the leading role in The Return of the Condor Heroes, a television series adapted from Jin Yong’s novel of the same title, and a sequel to The Legend of the Condor Heroes (2003). Director Zhang Jizhong selected him over actors Nie Yuan and Huang Jue to play the highly fought-over role. Yang Guo is arguably Huang’s most recognizable role to date.

Huang’s most controversial and difficult, but most critically acclaimed, role was in Shanghai Bund, a remake of the 1980 Hong Kong television series The Bund, which starred Chow Yun-fat. Because Chow was his idol, he felt nervous, excited, and pressured about portraying the same role his idol had. In order to play Xu Wenqiang, he had to learn to smoke, and went through several packs a day. He also sang the ending theme for the drama, a duet with his costar Sun Li. The song was included in his first studio album, It’s Ming, which was released in December of the same year.

On April 9, 2007, Huang signed with Huayi Brothers Media, an entertainment and record label. In October of that year, Huang purchased the company’s shares. After acting in several films produced by Huayi, including 2009 espionage thriller The Message, he left the company in 2010. It has been said that he will switch to Asia Media Films Hong Kong, although this has yet to be confirmed.

In 2009, Huang was chosen to replace Dylan Kuo in the 2010 Taiwanese idol drama Summer’s Desire, an adaptation of a trilogy by Ming Xiaoxi. Although originally slated to play Ou Chen, Huang asked if he could play Luo Xi instead. The drama also starred Peter Ho, who was the producer as well, and Barbie Hsu, with whom Huang had always wanted to work. He later admitted that he lowered his acting fee in order to participate in this series.

In 2010 Huang joined the cast of Chen Kaige’s film Sacrifice, which was a big box office hit. —Wiki

♦ During the filming of Forever Young in 2012, Huang Xiaoming said that Ziyi’s acting had improved a lot since working with her on The Banquet.
♦ Along with several A-listers from China, Hong Kong and Taiwan, He starred in the box office propanga hit The Founding of a Republic for a cameo role. 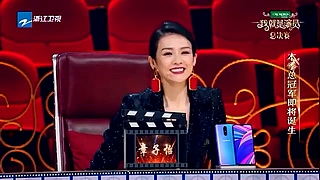