Chen Chong was born in Shanghai, China to a family of pharmacologists. She and her older brother, Chase, were raised during the Cultural Revolution. At the age of 14, Chen was discovered on the school rifle range by Jiang Qing, the wife of leader Mao Zedong and major Chinese Communist Party figure, as she was excelling at marksmanship. This led to her being selected for the Actors’ Training Program by the Shanghai Film Studio in 1975, where she was discovered by veteran director Xie Jin who chose her to star in his 1977 film Youth as a deaf mute whose senses are restored by an Army medical team. Chen graduated from high school a year in advance, and at the age of 17 entered the prestigious Shanghai International Studies University, where she majored in English.

Chen Chong first became famous in China for her performance alongside Tang Guoqiang in Zhang Zheng’s Little Flower in 1979, for which she won the Hundred Flowers Award. Chen portrayed a pre-Maoist revolutionary’s daughter, who, reunited with her brother, a wounded Communist soldier, later learned that his doctor was her biological mother. Little Flower was her second film and she soon achieved the status of China’s most loved actress; she was dubbed “the Elizabeth Taylor of China” by Time magazine for having achieved stardom while still a teenager.

At age 20, Chen moved to the United States, where she studied filmmaking at California State University, Northridge.

Her first Hollywood movie was Tai-Pan, filmed on location in China. She went on to star in Bernardo Bertolucci’s The Last Emperor in 1987 and the David Lynch/Mark Frost television series Twin Peaks as Josie Packard. In 1993 she co-starred in Oliver Stone’s Heaven & Earth. She portrayed two different characters in Clara Law’s Temptation of a Monk: a seductive princess of Tang dynasty, and a dangerous temptress. The award-winning film was adapted from a novel by Lilian Lee.

In 1994 she came back in Shanghai to star in Stanley Kwan’s Red Rose, White Rose opposite Winston Chao, and subsequently won a Golden Horse Award and a Hong Kong Film Critics Society Award for her performance. In 1996, she was a member of the jury at the 46th Berlin International Film Festival.

Tired of being cast as an exotic beauty in Hollywood films, Chen moved into directing in 1998 with the critically acclaimed Xiu Xiu: The Sent Down Girl, adapted from the novella Heavenly Bath by her friend Yan Geling. She later directed Autumn in New York, starring Richard Gere and Winona Ryder, in 2000.

In 2004, she starred in Hou Yong’s family saga Jasmine Women, alongside Zhang Ziyi, in which they played multiple roles as daughters and mothers across three generations in Shanghai.

In 2007, Chen was acclaimed for her performance in Tony Ayres’ drama The Home Song Stories. She portrayed a glamorous and unstable Chinese nightclub singer who struggles to survive in seventies Australia with her two children. The role earned her four awards including the Australian Film Institute Award for Best Actress and the Golden Horse Award for Best Actress. The same year saw her co-starring in two other acclaimed films: Ang Lee’s Lust, Caution, opposite Tony Leung Chiu-Wai, and Jiang Wen’s The Sun Also Rises, opposite Anthony Wong Chau-Sang, for which she received an Asian Film Award for Best Supporting Actress. —Wiki

♦ Joan Chen was really impressed by Ziyi when she worked with her for Jasmine Women. She said she was very good actress, very hardworking, very beautiful and that she liked her a lot. 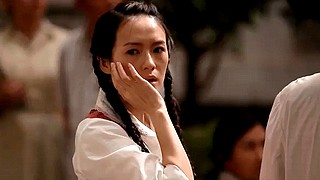 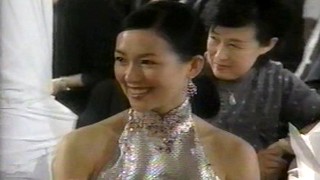