Yeoh was born to a Chinese family in Ipoh, Malaysia. Her parents are Janet Yeoh and Yeoh Kian Geik, a lawyer and MCA politician. She was keen on dance from an early age, beginning ballet at the age of four. At the age of 15, she moved with her parents to England, where she was enrolled in a boarding school. Yeoh later studied at the Royal Academy of Dance in London, majoring in ballet. However, a spinal injury prevented her from becoming a professional ballet dancer, and she transferred her attention to choreography and other arts. She later received a B.A. degree in Creative Arts with a minor in Drama.

Yeoh started her film career acting in action and martial arts films such as Yes, Madam in 1985, after which she did most of her own stunts. The D&B Group in Hong Kong was run by Dickson Poon. Yeoh married Poon in 1987 and retired from acting. After the couple divorced in 1992, Yeoh returned to acting.

Yeoh’s performance in Police Story 3: Super Cop sealed her comeback. She acted in The Heroic Trio in 1993, and the Yuen Woo-ping films Tai Chi Master and Wing Chun in 1994. Yeoh learned English and Malay before Cantonese. She learned the lines for Crouching Tiger, Hidden Dragon phonetically.

She starred in the James Bond film Tomorrow Never Dies as Wai Lin (1997). Brosnan was impressed, describing her as a “wonderful actress” who was “serious and committed about her work”. He referred to her as a “female James Bond” in reference to her combat abilities.

In 2005, Yeoh starred as the graceful Mameha in the film adaptation of Memoirs of a Geisha, and she continued her English-language work in 2007 with Sunshine. In 2008, Michelle Yeoh also starred in fantasy action film The Mummy: Tomb of the Dragon Emperor with Brendan Fraser and Jet Li.

In October 2011, she was chosen by Guerlain to be its skincare ambassador. Yeoh will play a role in strengthening the French cosmetics company’s relationship with Asia. Apart from action films, she is famous for playing nationalists in two biopics. In 1997, she played Soong Ai-ling in the award winning The Soong Sisters. In 2011, she portrayed Aung San Suu Kyi in Luc Besson’s The Lady. —Wiki

♦ Before Ziyi was working on a Hua Mulan movie project for years (from 2006 to 2011), Michelle was considered to play the action heroine. After that Ziyi got cast, Michelle was still linked to the project, she was supposed to play a major part.
♦ During the filming of Memoirs of a Geisha, Michelle and Ziyi were chatting in Mandarin between takes. They seemed very friendly like they were old buddies.
♦ During the filming of Memoirs of a Geisha, Some rumors surfaced saying the Ziyi, Gong Li and Michelle had a tense relationship during the filming. Michelle said it’s impossible, all the cast members were like a family and she had great time with them. She said she often did dining, dance and Karaoke with the others. Reporters further asked whether Gong Li and Zhang Ziyi were hanging out with her. She said Zhang Ziyi was too busy and barely had enough time to sleep. —Michelleyeoh.info 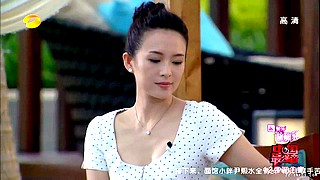 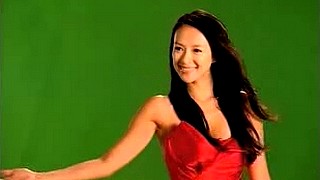