Kaneshiro’s mother is Taiwanese and his father is from Okinawa, Japan. He was born and raised in Taipei but holds Japanese citizenship as well.

In 1992, Kaneshiro made his singing debut, entering the business with the nickname Aniki, meaning ‘older brother’ in Japanese. His debut album was Heartbreaking Night (1992). Contracted to EMI, he wrote many of his own Mandarin and Cantonese songs. The following year, his popularity propelled him into acting and he no longer produces any commercial music.

His film debut was Executioners (1993) and this was followed by Wong Kar-wai’s Chungking Express (1994) and a string of other Hong Kong films. Later, Kaneshiro starred in the Japanese television mini-series God, Please Give Me More Time (1998), allowing him to branch into Japanese films such as Returner (2002).

Kaneshiro’s work, however, is more heavily concentrated in China, Hong Kong, and Taiwan. In 2008 and 2009 he starred in Red Cliff, a high budget film by Hong Kong director John Woo. He has also played the romantic lead in Zhang Yimou’s House of Flying Daggers, and starred alongside Jet Li and Andy Lau in The Warlords. Kaneshiro has also become well known in the video game industry portraying the samurai warrior Samanosuke in Capcom’s Onimusha. In a June 2007 article on the film site Ain’t It Cool News, it was revealed that Kaneshiro was going to be in the Onimusha film, reprising his role as Samanosuke and for a 2011 release, but that project was derailed. The producer Samuel Hadida had to delay the filming of Onimusha, which has resulted in the film’s Japanese cast working on other film projects during the delay, and being unavailable to start filming. These factors were enough that French director Christophe Gans will now direct an adaptation of Leo Perutz’s novel The Swedish Cavalier first, taking over the reins from Gilles Mimouni. Satomi Ishihara and Tsuyoshi Ihara remain attached to the project.

In 2003, Kaneshiro was featured in the magazine Time and was coined as becoming the Asian film industry’s Johnny Depp. Moreover, Kaneshiro was interviewed by CNN in the TalkAsia segment in 2006. —Wiki

♦ Ziyi and Takeshi Kaneshiro both signed to star in Peter Chan’s adaptation of chinese bestseller Waiting in 2007. 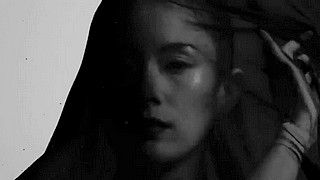 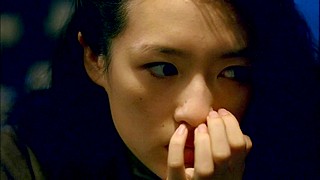