Tony Leung Chiu-Wai (born 27 June 1962) is a Hong Kong actor and the winner of Cannes Film Festival for Best Actor, for his role in Wong Kar-wai’s film In the Mood for Love.  Leung is also a nine-time winner of Hong Kong Film Award and three-time winner of Golden Horse Film Awards.

Tony Leung collaborated with Wong Kar Wai for 7 films, and three of them had been officially selected as competition film in Cannes Film Festival, including Happy Together (1997), In the Mood for Love (2000) and 2046 (2004).

Many consider Leung’s role in director John Woo’s 1992 action film Hard Boiled in which he co-starred with Chow Yun-fat, as his breakthrough role in film. However, Leung first gained international exposure through Hou Hsiao-Hsien’s 1989 film A City of Sadness, which won the Venice Golden Lion.

Leung often collaborates with director Wong Kar-wai and has appeared in many of his films. His most notable roles in Wong Kar-wai’s films include the lonely policeman in Chungking Express (1994), a gay Chinese expatriate living in Argentina in Happy Together (1997), and a self-controlled victim of adultery in In the Mood for Love (2000), for which he won the Best Actor award at Cannes. He started training in wing chun to prepare for his role as Yip Man in Wong’s The Grandmasters, and has been training for five years. He is considered by many to be the finest actor of his generation in Hong Kong. Robert De Niro and Brad Pitt are admirers of his work, and Leung has been called Asia’s answer to Clark Gable.

Leung also has an on-and-off Cantopop and Mandarin pop singing career and sang the theme song of Infernal Affairs with Andy Lau.—Wiki

♦ While both actors were in Cannes Film Festival in 2013, Tony was interviewed about Ziyi and said : “Last night at an evening I met with Zhang Ziyi, which was very pleasant. After working together I feel that we have quite a connection, so when I saw them I was very happy and hoped to work with them again. However, it would depend on Zhang Ziyi.” 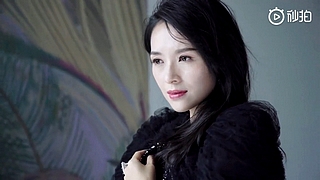 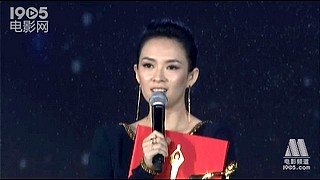