Leehom Wang is an American singer-songwriter, record producer, actor and film director. He is currently based in Taiwan. Formally trained at the Eastman School of Music, Williams College and Berklee College of Music, his musical style is known for fusing Chinese elements (such as Beijing opera, traditional styles of ethnic minorities, Chinese classical orchestra) with hip-hop and R&B. Wang has been active since 1995 and contributed in 25 albums. He is also a four-time winner of Taiwan’s Golden Melody Awards, the “Grammys” of Taiwanese music.

In addition to his music, Wang also acted in several films, including Ang Lee’s Lust, Caution and Jackie Chan’s film Little Big Soldier. He is an environmental activist, and his album Change Me was dedicated to raising eco-awareness among Chinese youth. Wang was one of the first torchbearers for the Beijing 2008 Summer Olympics, and performed in the Olympics’ closing ceremony in Beijing. He was listed as one of Goldsea’s “The 100 Most Inspiring Asian Americans of All Time”. —Wiki

♦ They first met at Lust Caution’s premiere in Hong Kong.
♦ Before the Korean actor Lee Byung-hun was cast, he was considered to play opposite Ziyi in Hua Mulan when Jan de Boot was attached to direct. The film was cancelled in 2011.
♦ In 2012, they filmed two movies together, Forever Young and My Lucky Star
♦ To promote My Lucky Star, he sang the song 《爱一点》 with Ziyi. A music video was released featured the two actors recording the song. 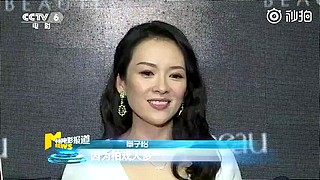 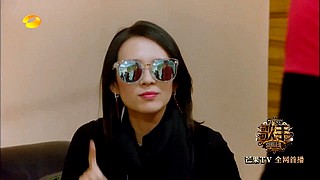