Yao Chen was born in Shishi City, Quanzhou, Fujian province, China in 1979 to a middle-class family, and studied Chinese folk dance at the Beijing Dance Academy from 1993 to 1997, then studied at the Beijing Film Academy from 1999 to 2003. Her acting debut was as the daughter of a powerful martial artist in a 2005 television production of My Own Swordsman. Following this, in 2008, she played the part of an iconic guerilla leader in the series Undercover. Her first stage appearance was as a white-collar heroine in A Story of Lala’s Promotion (2009). She has since appeared as Mango in Feng Xiaogang’s If You Are the One 2 (2010), in Chen Yili’s Colour Me Love (2010) and in Shang Jing’s My Own Swordsman (2011). She won the Golden Eagle Award for Best Actress in 2010.

In 2004 Yao Chen married the Chinese actor Ling Xiao Su, but they divorced in January 2011.

In 2011 Yao Chen visited Mae La refugee camp in northern Thailand as UNHCR’s Honorary Patron for China. The number of followers of her microblogging during this visit increased dramatically, won over by her sincere, fearless communication and her honest engagement with current world events. As she left Mae La she said, “I hope to spend part of every year with refugees.”

She has spoken in support of journalists from the Southern Weekend protesting government enforced media censorship. —Wiki 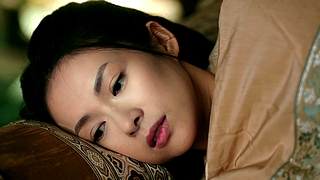 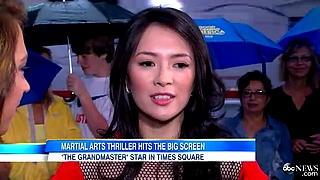