Zhou Xun is a Chinese actress and singer. She debuted in the comedy movie The Pampered Wife. She next starred in Chen Kaige’s films, Temptress Moon and The Emperor and the Assassin. But it was not until in 2000 that Zhou received recognition in China. With her role as young Princess Taiping in historical drama Palace of Desire, Zhou received the Audience’s Choice for Actress and Best Supporting Actress awards at the 18th China TV Golden Eagle Award.

Zhou achieved breakthrough on the big screen with Lou Ye’s Suzhou River (2000), which won her the Best Actress award at the 15th Festival du Film de Paris. That year, she was named one of the Four Dan Actresses alongside Zhang Ziyi, Zhao Wei and Xu Jinglei. She further achieved international recognition when she starred in the Franco-Chinese romance drama film Balzac and the Little Chinese Seamstress (2002).

A string of successful projects followed. In her first Hong Kong film Hollywood Hong Kong directed by Fruit Chan, Zhou impressed critics with her performance. Hollywood magazine Variety praise Zhou saying “Zhou is superb, moving with ease between her various personalities and always convincing in each”.

Zhou impressed critics once again with her performance in Peter Chan’s musical film Perhaps Love (2005). The film represented Hong Kong at the 2006 Academy Awards. She next starred in Feng Xiaogang’s wuxia film The Banquet (2006), inspired from William Shakespeare’s Hamlet. Zhou plays the girlfriend of the crown prince, equivalent to Ophelia. In 2007, she starred in Susie Au’s film Ming Ming, which was highly praised at the 11th Pusan International Film Festival. Zhou played dual roles – twins with absolutely different characteristics and personalities.

With a string of successful films, Zhou was brought into the spotlight as one of China’s top actresses. Her ability to pull off various roles makes her a favorite with Chinese directors and won her the reputation of “Angel in the World” among the audience.—Wiki 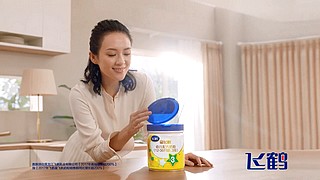 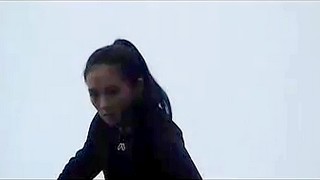