in acting I’ve found a domain that suits me perfectly. And that is so utterly rare.

I ran away from school when I was 13. No one could find me, and the police were called. I was just hiding in a little thicket of grass at my school, and went to sleep.

From beginning to end I worried that Ang Lee wouldn’t be satisfied with my work. So I worked as hard as I could to earn his trust, because you only get a chance like this once.

I wanted to escape so badly. But of course I knew I couldn’t just give up and leave school. It was only when I heard my mom’s voice that I came out of my hiding place.

Obviously I’d love to work with any of these great directors because every time I’ve worked with them I’ve gained a tremendous amount as an actor. Each director has his own way of pushing you towards improving yourself.

There are films you see that only reach your eyes. Then there are films that you can watch… that reach down to your throat, or reach your heart. “In the Mood for Love,” though, reached all the way to my belly

There was one very special scene at the end of the film. My character, Zhao Di, has been sick. She wakes up and her mother tells her that the man she loves has come back from the city and had spent the day by her bedside.

Wanting to be in a Western film won’t get me very far. Unless the opportunity arose, it doesn’t matter how much I want to be in one. But if an opportunity did arise, no actor would pass it up.

When I watch a movie for the first few times I’m usually thinking about where I was in a given scene, who was next to me, what we were doing etc. But after I’ve gotten through all of this, when I’m really watching the film itself, then I get moved.

I could have done a lot of Hollywood movies. After Crouching Tiger I got a lot of offers, but I turned them down because they were all victim roles – poor girls sold to America to be a wife or whatever. I know I have the ability to go deeper, to take on more original roles than that.

Zhang Yimou is always going to need young, pretty girls for his films. But I don’t really concern myself with what Zhang Yimou’s next starlet looks like.

In China, we don’t consider someone truly beautiful until we have known them for a long time, and we know what’s underneath the skin.

After Crouching Tiger (Tigre et dragon (2000)), there was a big change for me, with all the attention thrust upon me. I got lot of work: my first Hollywood film, Rush Hour 2 (2001), and a lot of advertisements in Asia. I think for me it’s a very good part of my life. I’ve been lucky, because I’ve had great characters to play. Now I really want to work with good directors.

You know, I never think I can become an actress. But it happened. Not because I dreamed it, but because it happened.

It’s my first time in a lead and I have to speak English! In a Japanese accent! [on Mémoires d’une geisha (2005)].

It was so hard working for him, but I like the challenge. We don’t learn the script, every day we had to, erm … improvise. [on working with Wong Kar-wai in ‘2046’]

For Western women, it’s much easier to be yourself. If you want to do something, you just go and do it. In an Asian context, women are still much more modest and conservative. I want, through my roles, to express the parts in the hearts of Chinese women that they feel unable to let out.

Chinese women are much more modest than American women when it comes to clothes. We tend to show less flesh.

I always think it’s really hard if you are Asian or Chinese to be really in Hollywood. There are not so many really great characters for you. I always think you are lucky to get offered [something like] Mémoires d’une geisha (2005), but I don’t think it will happen all the time.

But I enjoy being an actress a lot, because I can feel different women’s lives. I have the chance to feel like a geisha one day, and on another day maybe a scientist. That’s the interesting part for me. My profession has helped me to grow up.

I don’t like kick-ass stereotypical roles. I already turn a lot down, even when they promise me a lot of money. I really want to do something in Europe. With a small movie, it can be an interesting challenge. But I have to get the right project. I don’t think it’s so important to go to Hollywood. All that trash that comes out of there! I don’t want to do that.

Working in Hollywood, it’s clear the more money you have, the more technology you can get. So you can build a whole Japanese set. Only in Hollywood! I couldn’t believe the first day I walked on the set. Rob Marshall walked me like a tourist round the set. It took 40 minutes, so how big was that? Today, it can be winter and tomorrow, summer. Everything’s unbelievable.

I’m more familiar with the people and characters I play [in Chinese movies], But art is a common language. In fact, if you don’t understand [the language your colleagues speak], there’s less pressure.

Some women probably need men for their material provisions. Not me. I am quite a feminist. For me as an individual, I never want to rely on anyone. What I need more than anything else is heart-felt understanding. I’m looking for a learned man who can win my reverence and respect under any circumstances. 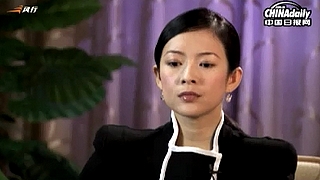 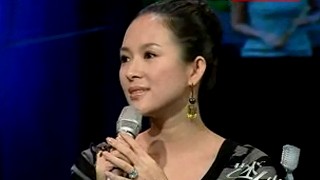