A woman married to the brutal and infertile owner of a dye mill in rural China conceives a boy with her husband’s nephew but is forced to raise her son as her husband’s heir without revealing his parentage in this circular tragedy. Filmed in glowing technicolour, this tale of romantic and familial love in the face of unbreakable tradition is more universal than its setting.

This movie is very fun to watch,”, “Gong Li is still the best actress overall. Her performance in this movie is on the same level as Halle Berry’s in “Monster’s Ball,” which I also admire

A pregnant peasant woman seeks redress from the Chinese bureaucracy after the village chief kicks her husband in the groin in this comedy of justice. As she is frustrated by each level of the hierarchy and travels farther and farther away from the countryside the viewer is also provided with a look at the changing Chinese society through the verite camera used in most scenes.

Zhang Yimou has inner strength. [Many movies] are superficial but this is not. The story and the characters develop slowly but it really strikes the audience.

Jun arrives in Hong Kong from mainland China, hoping to be able to earn enough money to marry his girlfriend back home. He meets the streetwise Qiao and they become friends. As friendship turns into love, problems develop, and although they seem meant for each other they somehow keep missing out.

When I look at a script, the most important thing is for it to touch me. [Comrades is] very touching and really moved me. I think that’s the most basic thing a movie should do. I love it!

This is the story of three gentle persons: Paul Rivers an ailing mathematician lovelessly married to an English émigré, Christina Peck, an upper-middle-class suburban housewife, happily married and mother of two little girls, and Jack Jordan, an ex-convict who has found in his Christian faith the strength to raise a family.

They will be brought together by a terrible accident that will change their lives. By the final frame, none of them will be the same as they will learn harsh truths about love, faith, courage, desire and guilt, and how chance can change our worlds irretrievably, forever.

This is not the same as the other movies I mentioned. I cried a lot when watching it. It’s a classic. I like movies about real people and this is one of them. It’s truthful and the characters are very touching.

In Nazi occupied France, young Jewish refugee Shosanna Dreyfus witnesses the slaughter of her family by Colonel Hans Landa. Narrowly escaping with her life, she plots her revenge several years later when German war hero Fredrick Zoller takes a rapid interest in her and arranges an illustrious movie premiere at the theater she now runs. With the promise of every

major Nazi officer in attendance, the event catches the attention of the “Basterds”, a group of Jewish-American guerilla soldiers led by the ruthless Lt. Aldo Raine. As the relentless executioners advance and the conspiring young girl’s plans are set in motion, their paths will cross for a fateful evening that will shake the very annals of history.

Quentin Tarantino directed this movie, which features Brad Pitt as a hunter of Nazis in World War II. “I like Quentin Tarantino a lot. This is a very strong movie. In a good movie, you will remember the characters after you watch it. 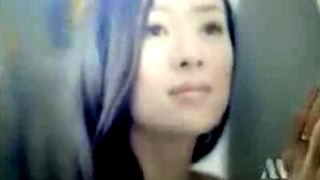