Movie star Zhang Ziyi is not only a household name in China but also one of the most recognised Asian faces in the world. She shot to international stardom at the age of 21 with her leading role in Ang Lee’s martial arts film Crouching Tiger, Hidden Dragon. The movie’s huge success helped her break into Hollywood and led to roles in box office hits at home and abroad, including Rush Hour 2, Hero, Memoirs of a Geisha and The Grandmaster.

Despite her early professional success, Zhang’s image has often taken a beating online and in the Chinese media. During her glamorous early years, she was frowned upon for seizing the opportunity to in-gratiate herself with influential directors and actors, and especially for her romantic liaison with Israeli-American venture capitalist Vivi Nevo, a major shareholder in Time Warner. In a particular PR disaster she was aghast when controversial photos emerged of her frolicking with Nevo on a beach, in some cases topless. The photos triggered a backlash from netizens who called her “shameless”, “disgusting” and “selling out to foreign devils”. The images seemed to rile local opinion because her behaviour contravened traditional ideas about female virtue and stirred anti-Western sentiment (because she was dating a foreign billionaire).

The poor publicity cost Zhang: she seemed to get cast less and less in the major roles (losing out to rival Fan Bingbing) and saw her product endorsement revenues dwindle.

In more recent years Zhang has courted controversy less and adopted a lower-key approach, marrying the rock musician Wang Feng and giving birth to a daughter in 2015. Yet even then she was never free of public scrutiny. In 2016 Zhang attracted another barrage of criticism after she mentioned on her weibo that she had taken her baby overseas to escape Beijing’s smog. Netizens declared her unpatriotic for running away from the motherland. “That’s good for your baby but what about our babies?” was a dismissive comment shared by thousands of parents.

This month the 39 year-old star was once more the subject of online commentary, although this time it was effusive praise. This was owing to her decision to release a new set of portrait photos. In these black and white shots Zhang looks older and less made up than usual with wrinkles on her face and slightly puffy eyes. In an era where beautifying apps like Meitu are used to disguise flaws and signs of aging, Zhang’s images were greeted as authentic, confident and sophisticated.

Internet writer Tang Xiaoxiao, who has over 300,000 followers on her public weibo account, notes that Zhang’s decision to release the candid shots has earned overwhelmingly positive comments. Tang speculated that it may also signal a shift in public attitudes towards women, especially older women, away from extolling youth and beauty to praising maturity, confidence and elegance.

Underneath Tang’s article one reader commented: “This reflects social progress in China – with womens’ social impact and status rising, so does the public understanding. Today many women don’t need men to enjoy a good life and sometimes they are stronger and more successful than men. The beauty of strong and confident women comes from deeper than their skin, just like those elegant ladies in Europe and the US.”

Another netizen added: “I didn’t like the younger Zhang Ziyi because of her overbearing ambition and calculation. But I like her now for she resembles a confident and elegant Parisian lady.”

Aging gracefully may be the best thing Zhang could have done for her career, and as a middle-aged woman myself I applaud the example she has set. 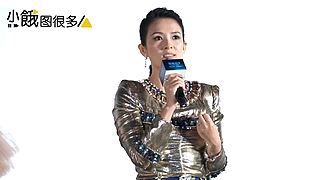 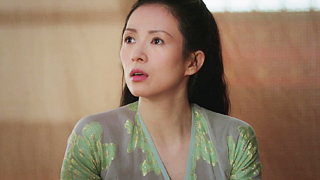