Welcome to Zhang Ziyi Infos, your best source for the Chinese actress since 2007. Zhang Ziyi is a famous actress known for her roles in Crouching Tiger, Hidden Dragon, Memoirs of a Geisha, The Grandmaster and so many other great films. Zhang Ziyi recently directed the short film Poem in the anthology film My Country, My Parents. Read her full biography here.
Published on In
Awards Films Public Appearances The Grandmaster

This weekend, Ziyi was in Taiwan to attend the 50th Golden Horse Film Festival. She picked up the award for Best Leading Actress for The Grandmaster.

China’s Zhang Ziyi picked up the award for Best Leading Actress at the Golden Horse Awards in Taipei Saturday in recognition of her role in the martial arts movie The Grandmaster. ” I’ve been nominated a few times for the Golden Horse Awards. I finally captured one today,” an emotional Zhang said in her acceptance speech.

She said making “The Grandmaster” was a long and difficult experience but it was fulfilling.

“Thank you director Wong Kar-wai for allowing me to encounter Gong Er at the most difficult time of my life and for encouraging me to be brave and believe in myself. I did it,” the 34 year-old Zhang said in her acceptance speech at the awards.

She also thanked her co-star Tony Leung Chiu-wai of Hong Kong and other cast and crew of the film.

The Crossing: Behind the scene 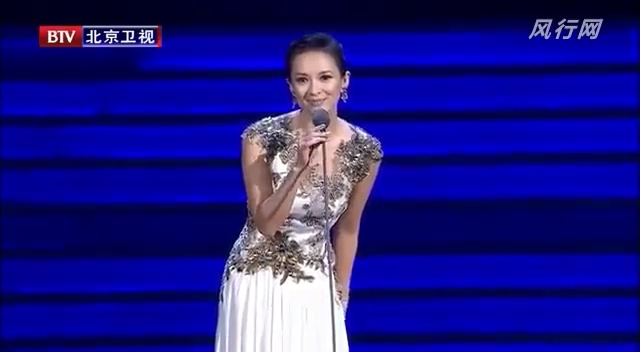